When It Comes To Empowering Women Via Technology, India Is A Global Leader 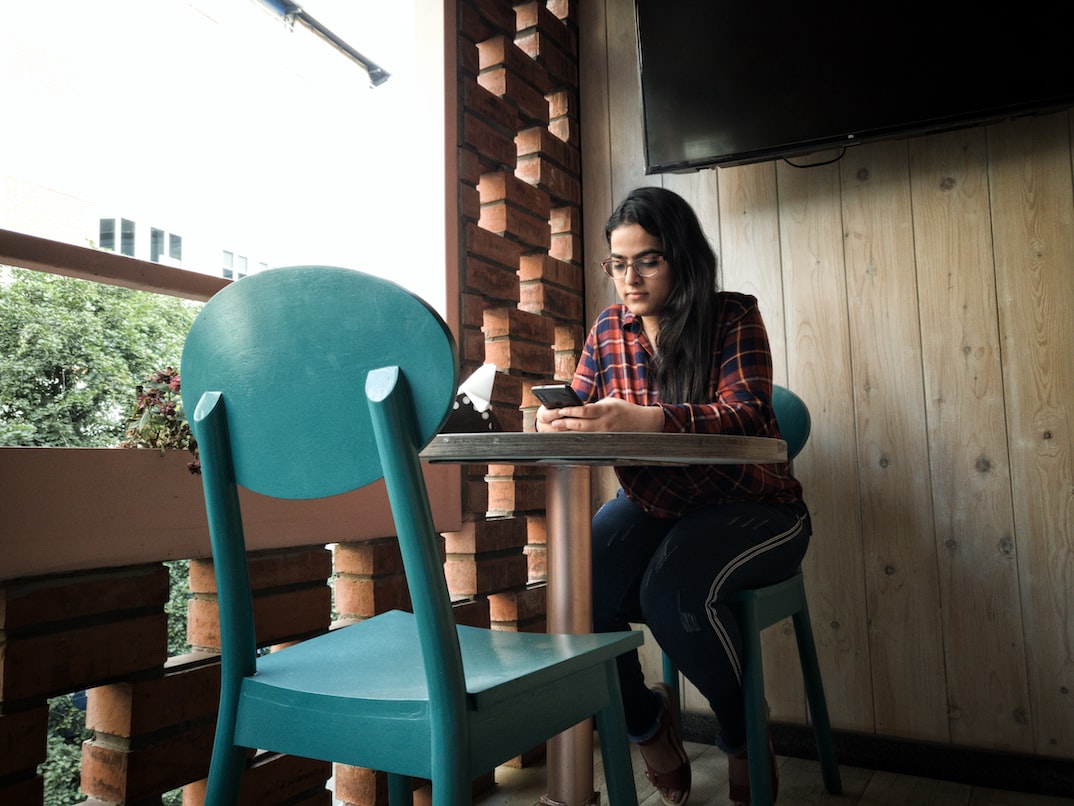 While sexism against women in the IT industry is pervasive in the West, particularly in the United States, the United Kingdom, and Europe, many Westerners believe that it is far more prevalent in developing countries like India. It is important to highlight the gender disparity in the sector to illustrate how erroneous this perception is and how India's IT-BPM company is trying to retain women developers in India.

While the number of women working in the IT sector has increased to over 30% in India, it has remained stagnant or even declined in several Western nations over the previous decade. During the 2014-2015 school year, women made up 46.8% of IT and computing postgraduates in India, per a research conducted by NASSCOM and the Open University in the United Kingdom. This is almost twice as much as it is in the UK.

The political identity of an employer is irrelevant to the growing body of research showing that a more diverse staff leads to greater financial performance over the long run. In their study titled "Why Diversity Matters," McKinsey & Company concluded that businesses with the most gender diversity had a 15% greater probability of beating the national industry medians in terms of financial returns.

Furthermore, enterprises in the lowest quartile are statistically less likely to produce above-average financial returns, regardless of demographic considerations such as race or gender (that is, bottom-quartile companies are lagging rather than merely not leading). The worldwide competition for talents in growing areas of digital technology makes it even more critical that the IT business has access to a wide pool of people.

But in many Western countries, the number of women working in IT is declining. According to the National Center for Women and Information Technology's (NCWIT) publication Women in Tech: The Facts, the number of American women employed in IT has been steadily falling over the last several years. Women's participation in the labor force has decreased from 36% in 1991 to 24% in 2015. Female participation rates in the UK are far lower than male participation rates. As documented in the British Computing Society's annual publication Women in IT Scorecard, the proportion of women working in IT in the UK ranged between 16% to 18% between 2005 and 2015. Although India has been gradually expanding, the United States and the United Kingdom have been shrinking. 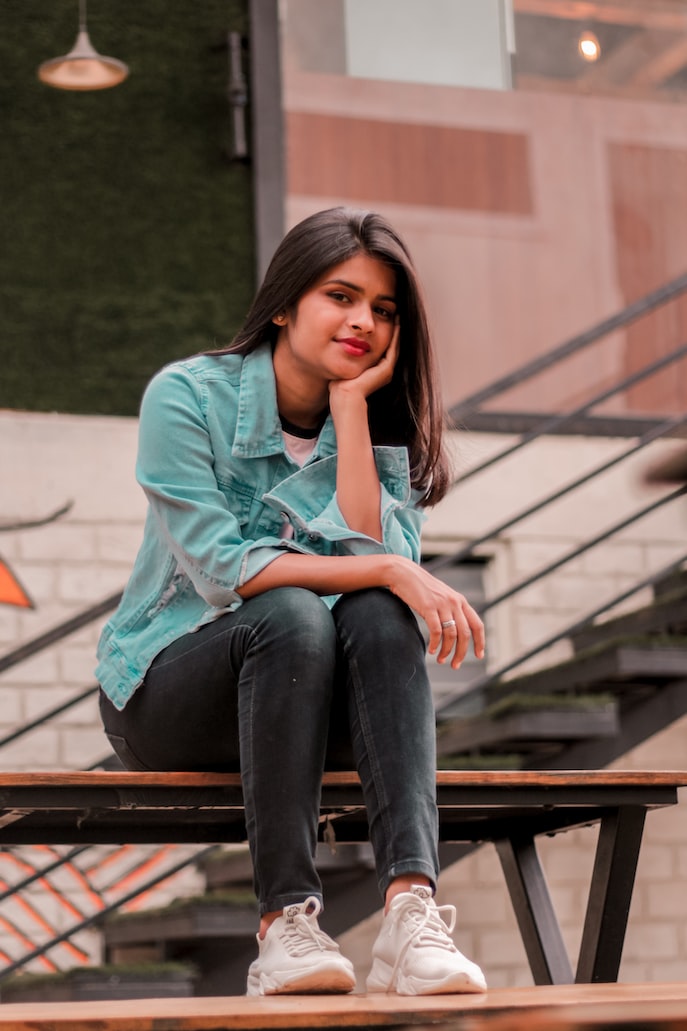 Over a decade ago, when the Indian IT industry employed over two million people, NASSCOM, the trade group for the IT BPM sector, started its first diversification initiative. The company's fast expansion required resolving problems including employee churn. According to Sangeeta Gupta, senior vice president and director of the communications and strategy department of the National Association of Software and Services Companies (NASSCOM), workforce diversity is one way that may assist India achieve its objective.

NASSCOM, inspired by the practices of companies like IBM, hosts an annual diversity event at which medals are awarded for outstanding work in areas such as flexible scheduling, resuming one's career after maternity leave, providing for employees' transportation needs, and educating oneself about HR services in general. Efforts were undertaken to reduce inequality between the sexes throughout India's early industrial age.

A strong supporter of gender parity in IT, Ushasri Tirumala is the senior vice president and general manager of Manhattan Associates in India. Tirumala is a member of Manhattan Associates's diversity initiative's advisory board. She went into further depth on the political and cultural elements that make engineering an appealing topic of study for women in India, where she said that women are encouraged to pursue jobs in STEM disciplines since they are considered as a natural match and a place where they can flourish. There has been a significant increase in the number of women in India pursuing higher education and careers in technology, since the government has long encouraged women to do so.

Therefore, more Indian women than women in the United States or the United Kingdom are pursuing degrees in information and communication technology at the university level.

In India's IT-BPM industry, women make up over 34%, or 1.3 million individuals. Despite this being more than the 24% of women who are employed in India, a study reveals that just 51% of hires at the entry level are female, 25% of managers are female, and less than 1% of CEOs are female. At least, that's what Tirumala claims. "Midlife workers need rules that help them find a work-life balance in the workplace. There are now more women than ever before working in engineering, making it all the more crucial to provide them equal representation at the highest levels of the field."

It is generally accepted in the West that marriage and parenthood may impede a woman's career. This is true in India, where the government has increased maternity leave from 12 to 26 weeks. Additional benefits for working moms are made available by the Maternity Benefit Amendment Act. These benefits include access to childcare centers or creches, a nondiscriminatory performance review system that takes into account the employee's absence due to pregnancy, and flexible work practices.

India's IT service providers, which have played a key part in the export of the country's software professionals, are working to increase the number of women in leadership and development positions. As part of its iBelieve campaign, HCL Technologies, one of India's largest IT businesses, is giving women who have taken a sabbatical from the job the opportunity to return to it.

Women in the program get comprehensive training to improve their technical and business acumen, two areas where they may make significant gains in the modern job market. The kind and duration of their training will be tailored to their specific experiences and professional aspirations. Representatives of the company say they have received a flood of applications to take part in the program; they are now doing a self-funded vetting of applicants for the different courses. To help its female employees achieve a better work-life balance, HCL offers a variety of choices such as flexible scheduling, on-site childcare, 'pink parking,' and working from home. The great majority of working mothers (99%) nowadays are returning to their careers after maternity leave.

As part of a responsible family life that includes young children, caring for elderly relatives and parents is essential. The most successful Indian IT company, TCS, offers a flagship program for mid-level women executives that encourages them to think outside the box on these topics. According to Ritu Anand, TCS's vice head of global human resources, many Indian moms in their forties and fifties take time off to help their children fill out college applications. The firm is making an attempt to assist them by giving them the option to work from home, which will allow them to rise in the corporate world while simultaneously assisting their adolescents with their college preparation.

When both partners are employed by the same company, there is generally considerable travel involved for the couple. TCS has always made it easy for workers to bring their loved ones along on business travels, whether by giving them work to do at their destination or allowing them time off. Anand said there has been an increase in the number of requests for male visitors to accompany female guests. A tiny committee was set up ten years ago to track how well the firm's diversity and inclusion policy was implemented, and in that time, the business has created a system for sparking talks at all levels of the company to find workable solutions.

According to Sangeeta Gupta, NASSCOM's findings on the number of entry-level posts for men and women after six years of recording yearly diversity awards are positive. However, the gulf becomes much more pronounced at the executive and middle management levels. In response to this issue and the need to spread good examples of women in leadership roles, NASSCOM has established a series of programs all throughout India.

To promote gender equality in senior leadership roles, HCL has created targeted initiatives and activities. Anuradha Khosla, HCL's Executive Vice President of Enterprise Human Resources, says that all business line heads and their subordinates are required to have at least one female direct report. Each division head is responsible for implementing strategies to keep talented women in leadership roles and increase diversity via targeted hiring. The corporation hosts a networking event for its female executives to encourage open dialogue between them and the board of directors.

Feminspiration, Women Connect, and Women Affinity Groups are just a few of the many opportunities for women to network with other influential professionals in their field. The purpose of the ASCEND program is to help women who are already in positions of functional leadership rise more quickly into executive-level roles. Women executives who are eager to further their careers will have a say in which promotion they get under the new plan. Mentors at the executive level help others below them realize their full potential. Mentors act as guides, pointing mentees in the right direction as they chart a course for development and providing opportunities to enhance leadership abilities.

The program is built on leadership seminars, peer mentorship, hands-on experience, social gatherings, and independent study. According to HCL, 96 percent of the program's female executives are still serving in their original capacities after completing it. By delivering seminars and leadership training to raise awareness of unconscious prejudices and behaviors, HCL's diversity tactics assist to create a welcoming workplace. The upper echelons of management are provided with tools to assist them combat their inherent prejudices.

Over time, these norms are transmitted from higher up in the organization. The organization places a premium on the professional development of its female executives and requires them to take part in a wide range of events, such as client presentations, business reviews, and senior leadership evaluations. HCL compiles a Why Not? list of the women who have received two favorable evaluations and honors them at the annual Driving Talent Summit. HCL hopes that it will be considered for expansion in the future.

Findings from the topic of mentoring reveal that female respondents are more likely than male respondents to credit others with significantly influencing their professional growth. Women were more likely than males to name their current or previous supervisors as the single most important element in their career success. A greater proportion of males than women gain knowledge from printed material (66.3 percent ).

Middle-class Indians will continue to encourage their children to major in STEM fields like engineering and science in the years to come. There is a significant need for qualified candidates for engineering jobs. Similar to the situation in the West, as the Indian market grows, so will the prospects for people with similar abilities.

In the meanwhile, India will continue to generate a disproportionately large number of women who work in STEM subjects. Launched in 2015, Prime Minister Narendra Modi's Digital India program has increased the profile of STEM subjects throughout India, particularly in smaller cities and villages. State television has inspired a tremendous interest in STEM topics among Indian students in locations without Wi-Fi, proving that Tier 3, 4, and 5 cities in India are a good source of technical talents.

Even Indians recognize there is more work to be done to eliminate biases such as racism, casteism, sexual orientation discrimination, and disability in the country's workplaces. There also needs to be more women in executive roles in Indian IT firms, and sexism in the venture capital industry must be eradicated everywhere, not just in India.

To the contrary, it is fascinating to observe how major software companies in India prioritize employing women, putting them ahead of their Western counterparts in terms of gender parity among university graduates. India hopes to catch up to the West in terms of developing a broad pool of future leaders by increasing workplace diversity over the next decade.